Why should I replace my discontinued and dangerous Federal Pioneer Panel? 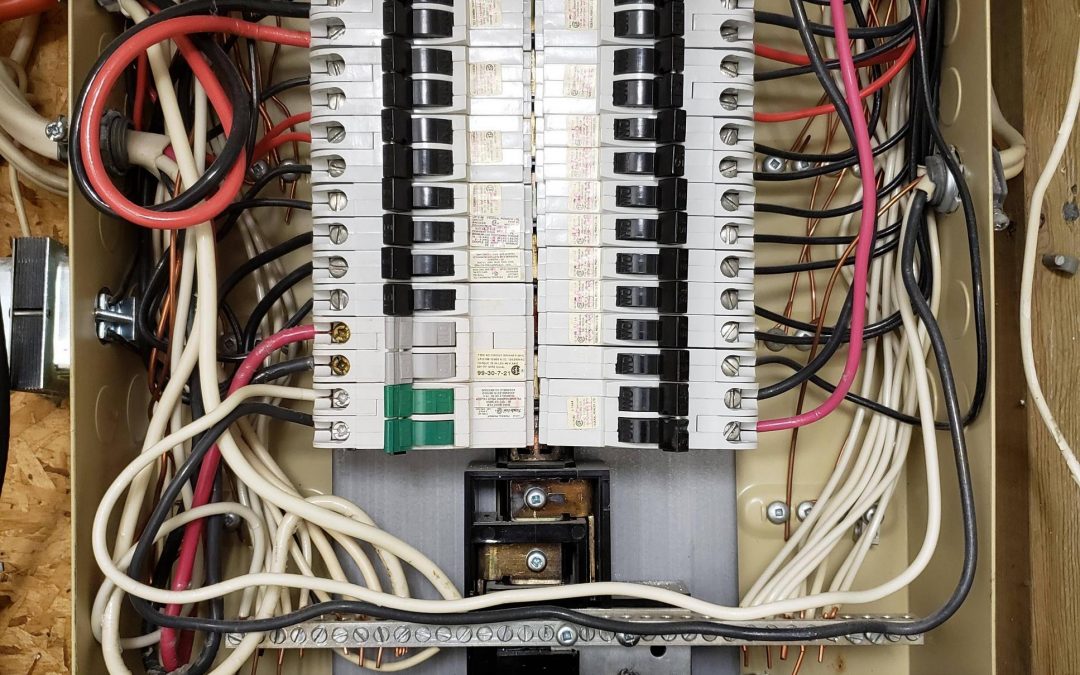 Your home may still have a type of electrical circuit breaker that has been the subject of a long-running debate over safety concerns.

These worries center on whether the Federal Pioneer panel and its Stab-Lok circuit breakers are prone to failing to trip, causing a fire hazard through electrical overload and subsequent overheating of wiring.

Despite decades of controversy, lawsuits and product recalls, homeowners are still facing the crucial question: are Federal Pioneer panels dangerous?

There’s another issue – you may not realize you have a Federal Pioneer Stab-Lok-type panel in your home. Federal Pioneer Electric (FPE) panels have a derivative with a different name for there American Parent company: Federal Pacific.

We’ll be looking at the background of FPE and Federal Pioneer later, but first, we’ll consider our main focus here… 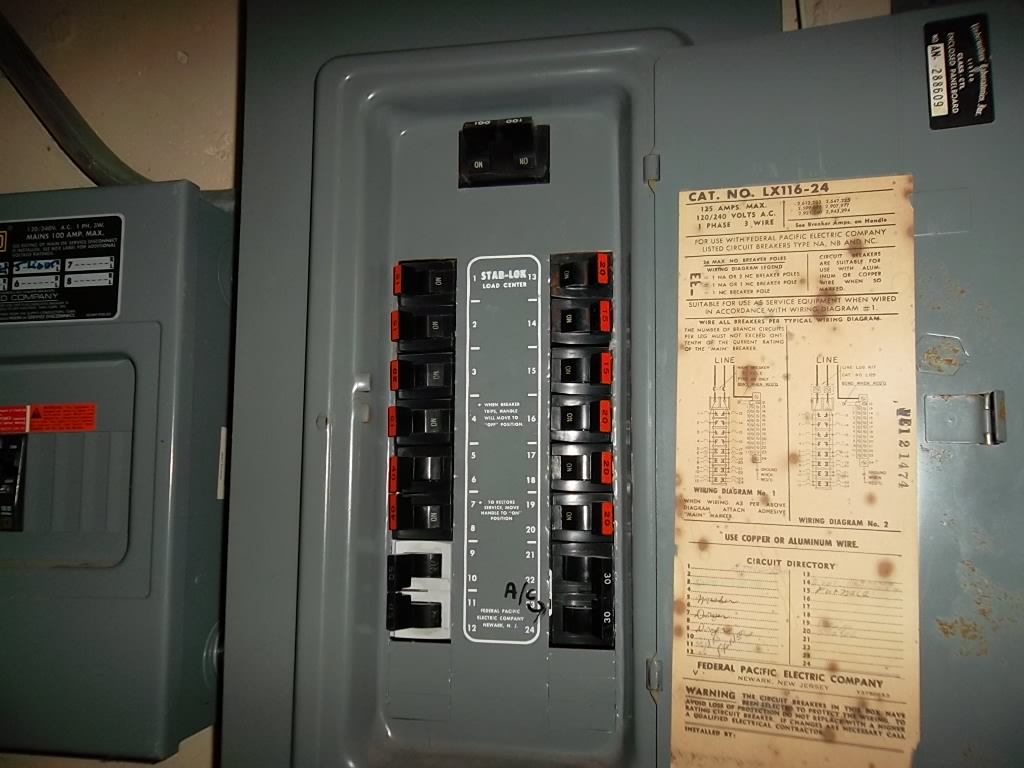 Many FPE electrical panels have been tested and found to have high failure rates, with nearly a third showing some type of potentially hazardous breaker defects.

These problems mean that when a surge or other power issue such as a short circuit occurs, the breaker does not trip properly. This can result in wires overheating, creating a fire hazard. Warning signs that you have a faulty FPE panel include burn or scorch marks on the box or loose breaker switches.

Some estimates reckon that homes with FPE panels and breakers are 20% more likely to have a fire than homes with more modern breakers that work correctly.

The FPE and Federal Pioneer History

What’s the Problem with Federal Pacific and Federal Pioneer Panels?

Electrical circuit breakers – including FPE Stab-Lok panels and Federal Pioneer breakers – need to trip in the event of a circuit overload.

Overloads can occur if too many high-powered devices and appliances are plugged into a low-voltage circuit.

Unless the breaker trips when the voltage exceeds its maximum capacity, wiring heat levels can become dangerous and cause a fire.

Safety concerns about Federal Pacific panels were raised with the US Consumer Product Safety Commission (CPSC) decades ago. In 2011, the CPSC announced its Federal Pacific investigation was closed – without saying whether the circuit breakers were hazardous or not.

However, the veteran electrical engineer who has played a key role in testing FPE breakers, Jesse Aronstein, insisted that they should be replaced on safety grounds. 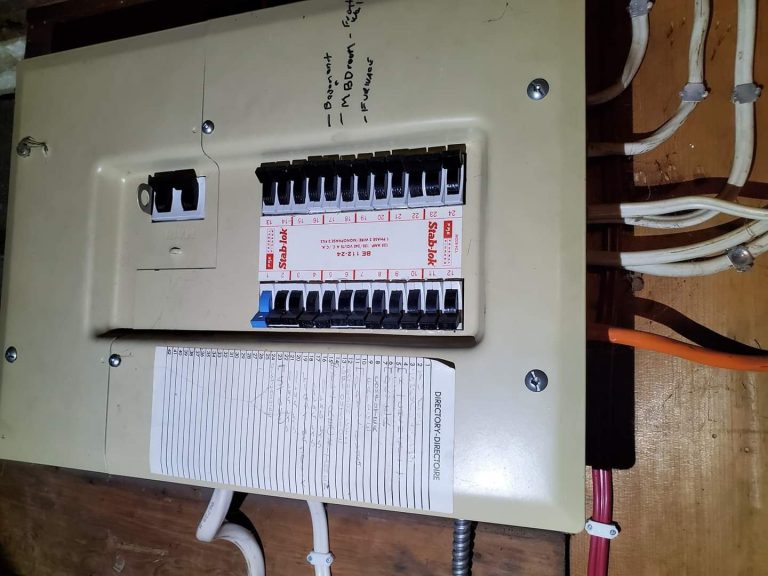 The Federal Pioneer brand of electrical panels and circuit breakers is a Canadian version of the Federal Pacific panel.

Following Electrical Safety Authority’s concerns that Federal Pioneer breakers may not trip, the manufacturer, Schneider Electric, announced a voluntary replacement package for some of its breakers (NC015 and NC015CP).

As Jesse Aronstein has been a leading figure in the Federal Pacific Panel fire hazard controversy, it’s worth taking a quick look at his credentials to establish how seriously he should be taken.

Aronstein, who has a doctorate in materials science, has lectured at universities and been an expert witness in Canadian and US court cases.

He became involved with the Consumer Product Safety Commission and FPE circuit breakers in the 1980s. When he and his team tested the breakers, they found in their opinion a solid reason why Federal Pacific panels need replacing – 51 percent of the breakers failed to trip.

In 2020, Aronstein concluded that Pacific Pioneer breakers were basically the same as Federal Pacific panels in terms of defective calibration.

According to many electrical experts and home inspectors, Federal Pacific breakers replacement on its own may not be a good idea.

Instead, they recommend that the entire electrical panel should be replaced, saying that the replacement of FPE Stab-Lok breakers is unlikely to reduce the risk of trip failure. 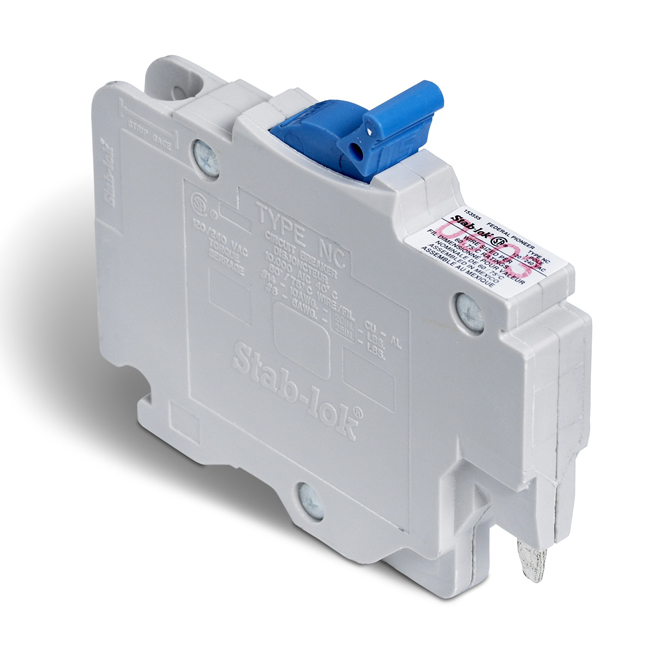 Federal Pioneer electrical panels and breakers are no longer in production as Federal Pioneer has gone bankrupt and closed down its manufacturing facilities, as well Schneider Electric is no longer manufacturing the equipment on behalf of FP either. That being said FP breakers are increasingly getting more and more expensive due to supply. So if you are wanting to keep your FP panel and you do have a breaker fail, you could be in for a very expensive replacement bill, or possibly not be able to replace the breaker at all.

We are Comparing the Federal Brandon of equipment to Eaton which is a very common breaker here in North America especially here where we operate in Manitoba.

As you see above there is a drastic price difference in Federal Pioneer products then there are in newer Eaton electrical equipment prices. The average cost to replace a electrical panel is typically between $1000-2000. That being said you can see how replacing your old panel now before having to replace individual breakers will not only save you money in the long run. It will also save you from possibly not being able to find a replacement breaker and having to be forced to upgrade your electrical distribution panel, and also piece of mind knowing you have a safe up to date electrical system that will protect you and your property in the case of a electrical fault.

The cost of replacing your electrical panel may be out of your budget or maybe you find it hard to justify replacing something that you think works fine. We understand everyone is in a different financial situation, but the reason you have a electrical distribution system and breakers is to protect life and property. In the case you are needing the equipment to break a circuit due to a fault or power surge, (if it is not operating properly or at all) the costs of the damages can be in the hundreds of thousands of dollars or at worse case even the cause of death. It is very important that this part of your electrical system operates properly and safely at all times.

Small’s Electric Services offers financing solutions for its customers who may not have the ability to front the entire cost of replacing they obsolete panel and breakers. contact us today to start a application process and get piece of mind knowing you, and your family is protected.

We also realize that many homeowners may not be aware of the fire hazard that faulty electrical panels pose.

If you have an FPE or FP electrical panel in your home – or are unsure what type of breakers have been installed – contact us for a electrical panel safety consultation. We can help you with your Electrical Panel Replacement

Do I Have a Federal Pioneer Panel?
Get a Quote
Finance Option